Help Us Identify This Grab and Run Bank Deposit Thief 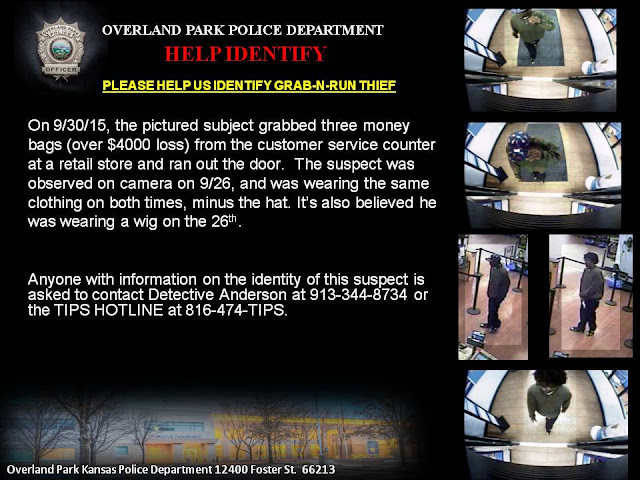 Posted by Overland Park Police Department at 10:33 AM

Please take a look at the surveillance video below and still pictures of the armed suspects who robbed the Minute Stop convenience store just before 1:00 yesterday afternoon.

Three males entered the store and took an undisclosed amount of cash along with some merchandise. They were last seen running west of Marty Street.

Press release from yesterday is included below.


Overland Park Police responded to a reported armed robbery at a convenience store in the 10300 block of Marty at 12:50pm.  There were three suspects who entered the business, two of which appeared to be armed with firearms.
The suspects appeared to be dark skinned males, wearing long pants, sweatshirts, hats, and their faces were covered with cloth.  The suspects left the business on foot and were last seen running west of Marty. 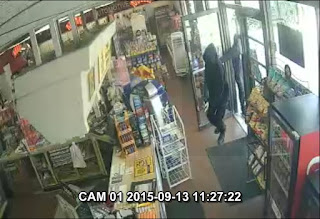 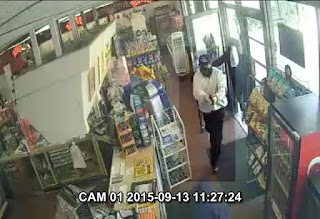 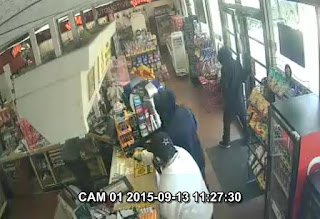 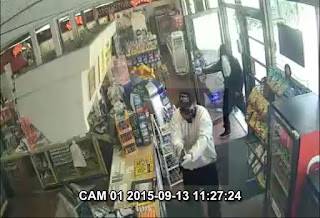 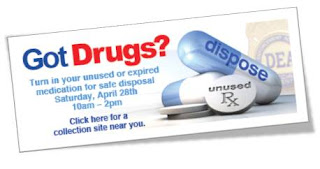 On September 26th from 10 a.m. to 2 p.m. the Overland Park Police Department and the Drug Enforcement Administration (DEA) will provide the public with an opportunity to help prevent pill abuse and theft by ridding their homes of potentially dangerous expired, unused, and unwanted prescription drugs. The service is free and anonymous, with no questions asked.

Bring your medications for disposal to one of the following locations:
In the previous nine Take-Back events nationwide from 2010-2014 DEA, state and local partners collected 4,823,251 pounds or 2,411 tons of unwanted prescription drugs. There have been 7,393 pounds of pills taken back at Overland Park drop off locations since October 2011.
This initiative addresses a vital public safety and public health issue. Medicines that languish in home cabinets are highly susceptible to diversion, misuse, and abuse. Rates of prescription drug abuse in the U.S. are alarmingly high, as are the number of accidental poisonings and overdoses due to these drugs. Studies show that a majority of abused prescription drugs are obtained from family and friends, including from the home medicine cabinet. In addition, Americans are now advised that their usual methods for disposing of unused medicines—flushing them down the toilet or throwing them in the trash—both pose potential safety and health hazards.
The DEA is in the process of approving new regulations that implement the Safe and Responsible Drug Disposal Act of 2010, which amends the Controlled Substances Act to allow an “ultimate user” (that is, a patient or their family member or pet owner) of controlled substance medications to dispose of them by delivering them to entities authorized by the Attorney General to accept them. The Act also allows the Attorney General to authorize long term care facilities to dispose of their residents’ controlled substances in certain instances.
Posted by Overland Park Police Department at 10:35 AM

Results of You Drink, You drive, You Lose Campaign


The program is sponsored by the Kansas Department of Transportation (KDOT), but there was more than 10,000 police departments and law enforcement agencies across the country that participated in this year's enforcement campaign.


It may have been Labor Day weekend, a time when most people are taking a few days off from work, but for the officers involved, it was yet another opportunity to make an impact and hopefully save some lives through their efforts. 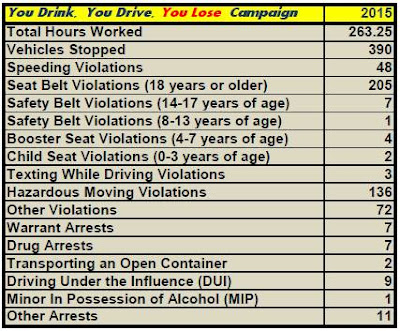 Posted by Overland Park Police Department at 8:55 AM 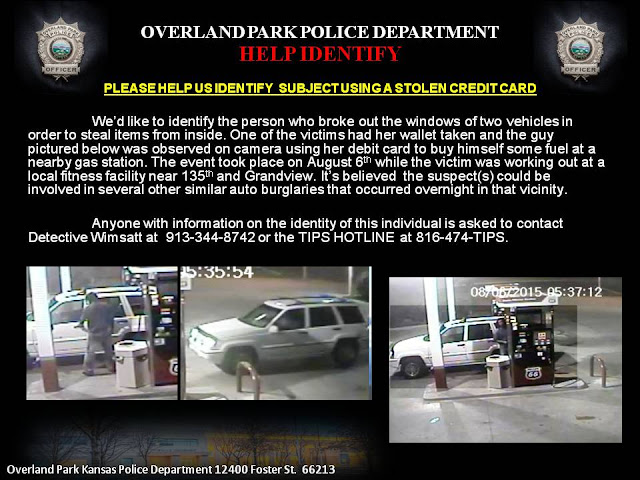 Please click on the video below for a short clip:

Back to School Time Again

The Overland Park Police Department wants to make sure things go smoothly this year as students begin to hit the sidewalks, crosswalks and bus stops. As school begins to get back into the swing of things, officers will be paying special attention to these areas to encourage motorists to be cautious and on the lookout for children.


Whether you're transporting children to and from school, or just driving through, it's always a good idea to allow extra time for getting around on the roadways, especially during the morning and afternoon school rush hours.


If your child walks to school, rides the bus, or travels by car, teach your kids important safety tips to ensure they get to and from school safely.


Always remember to buckle up your child with the proper child restraint or safety belt while riding in a car. Wearing a seat belt is the best prevention of injury or death in a vehicle. (see guide below)

Drivers on the roadways of Overland Park can expect strict enforcement of the Safety Belt Use and Child Passenger Safety Acts.

Briefly, these acts require that all persons in a motor vehicle manufactured or assembled after January 1, 1968 or assembled prior to 1968 which was manufactured with safety belts carrying 10 passengers or fewer, including vans, must be buckled in. In the event that a passenger under the age of 14 is unrestrained, the driver will be cited. Where a driver or passenger aged 14 through 17, is seen to be unrestrained, that person will be cited.


Please slow down and be safe, especially in school zones, eliminate the distractions, and always buckle up. 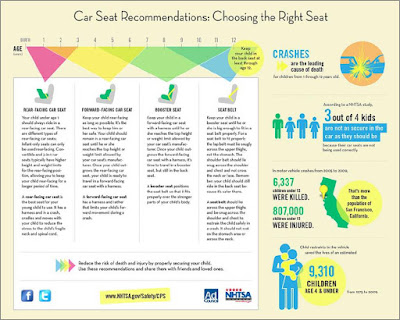 Posted by Overland Park Police Department at 11:49 AM

National Night Out in Overland Park is scheduled for Tuesday, August 4th 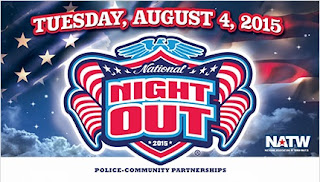 It's America's Night Out Against Crime!

The 32nd annual "National Night Out" (NNO), is a unique crime/drug prevention event sponsored by the National Association of Town Watch (NATW), has been scheduled for this Tuesday, August 4th, 2015.

National Night Out is a nationwide program designed to get the community involved in crime prevention. Traditionally turning on your outdoor lights and coming outside to meet neighbors has been the basis for the event. In different parts of the country people are now hosting front porch vigils, block parties and parades, all in an effort to show unity against crime.

The Overland park Police Department will be celebrating National Night Out along with 11 different neighborhoods. We are also anticipating at least another 12 neighborhood participants for the 2nd NNO event this year, scheduled for October 6th.

NATIONAL NIGHT OUT is designed to:

• Generate support for, and participation in, local anticrime programs;

• Send a message to criminals letting them know that neighborhoods are organized and fighting back.

Along with the traditional display of outdoor lights and front porch vigils, cities, towns and neighborhoods 'celebrate' NNO with a variety of events and activities such as:

NNO has proven to be an effective, inexpensive and enjoyable program to promote neighborhood spirit and police-community partnerships in our fight for a safer community.

The link below will take you to a website that provides more information on National Night Out. 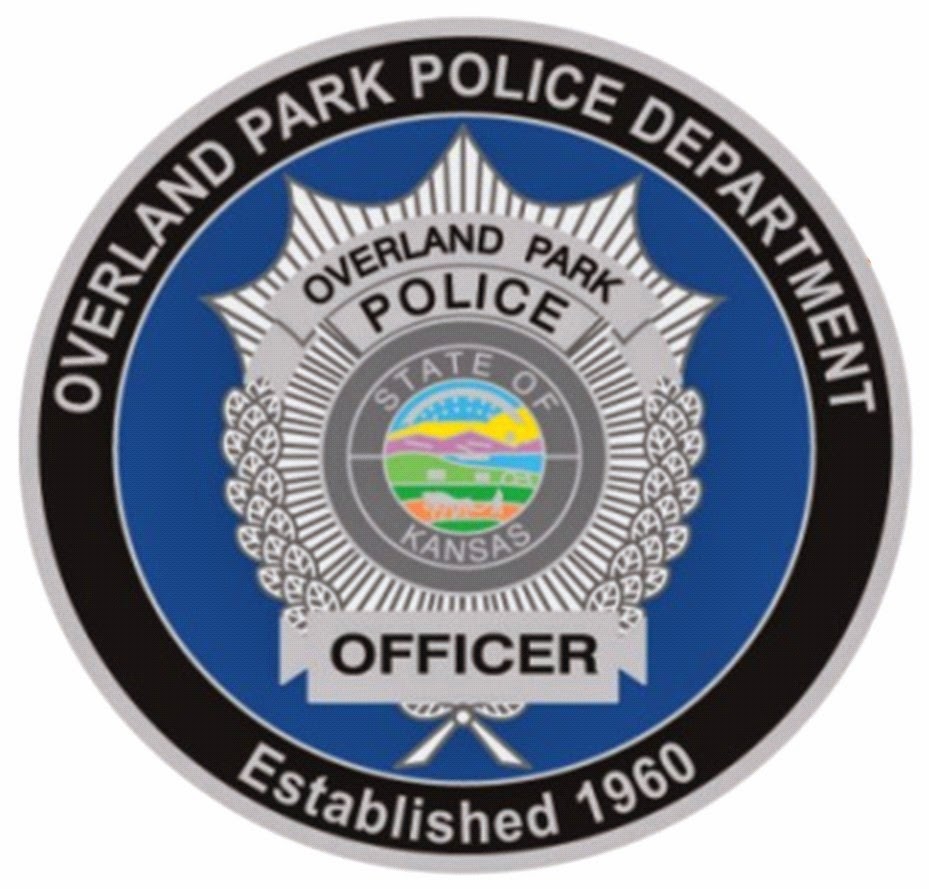 About the Overland Park PD

Police Department Mission Statement:
Our first and highest priority is the safety and welfare of the citizens of Overland Park and the men and women who protect them.

Overland Park is a thriving city located in Johnson County in the southwestern portion of the Kansas City metropolitan area.
With over 178,000 residents, Overland Park is the second largest city in Kansas and covers 75.5 square miles. Overland Park is accessible by four major highways (I-35, I-635, I-435, and US69), and no location in the city is more than 3.5 miles
from a highway.

Send an email to the Overland Park PD